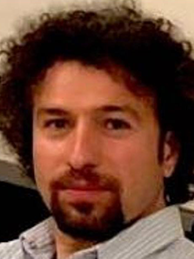 Abdulkerim Pusat is a sociologist from Kurdistan. He received a master’s degree in philosophy, after which he worked as a high school teacher. During this time, he wrote about culture, society, ethics, music, history, and other topics for various magazines, websites, and newspapers. He has been living in the Netherlands as refugee since 2016 and writing as a columnist for a Kurdish newspaper and website since 2017.

What follows gives a fuller sense of his work and concerns.

When he was in Turkey, Abdulkerim was a Human Rights activist. He worked on the enforced disappearances that came to stand for the human rights violations of Turkey’s civil war during the 1990s. In addition, he worked with the relatives of those disappeared by the Turkish state’s formal and informal security forces. He has participated in producing many reports documenting state human rights violations with the Human Rights Association, Human Rights Foundation, and other NGOs. He has spoken on panels and at conferences on these topics in Turkey. Because of these human rights activities, the Turkish government fired Abdulkerim .

Abdulkerim is preoccupied by ethical issues. For a long time, he has worked against state and male violence. As Kurdistan is divided into four, whose life is divided into a hundred pieces, and whose personality is fragmented, he also deals with the sociological problem of otherness and identity.