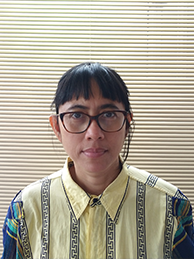 Nuraini Juliastuti is a trans-local practising researcher and writer, focusing on art organisations, activism, illegality, alternative cultural production, and archiving. In 1999, Nuraini co-founded the Kunci Study Forum & Collective in Yogyakarta, Indonesia. She obtained a PhD from the Institute of Cultural Anthropology and Development Sociology, Leiden University. In 2020, she took up a postdoctoral fellowship at the University of Amsterdam. In this role, she worked as part of the Worlding Public Cultures: The Arts and Social Innovation project at the Amsterdam School of Cultural Analysis.

During its first decade, Kunci contributed to the public discourse of arts and culture through publishing Newsletter Kunci and a mailing list. These two open forums were dedicated to discussing the contemporary cultural issues in post-1998 Indonesia. Since 2016, Kunci has established a long-term project, the School of Improper Education.

Nuraini’s individual and collective works have been presented and published in Haus der Kulturen der Welt, Neue Gesellschaft für bildende Kunst, Asia Cultural Centre, Para Site, Afterall, Inter-Asia Cultural Studies, Sternberg Press, Valiz, and Critical Times. Kunci curated Made in Commons, which was exhibited at the Stedelijk Museum Bureau Amsterdam in 2013. In 2016, Kunci and Para Site published an anthology of migrant workers’ writings titled Afterwork Readings. Outside within the Colonial Theatre: An Audio Guide was presented during a research residency in Tropenmuseum in 2017. Letters: The Classroom is Burning, Let’s Dream about a School of Improper Education is a chapbook, which was published by Ugly Duckling Presse in 2020. Through Kunci, Nuraini is now involved in the Arts Collaboratory and Global (de)Centre networks.

Nuraini develops Domestic Notes, a publication-based project that takes domestic and migrant spaces as sites to discuss everyday politics, the organisation of makeshift support systems, and alternative cultural production. With her family, Nuraini runs a small press, Reading Sideways Press, which publishes works and translations on arts, sports, and literature.

The following draws together her practices and preoccupations in a way that transcends the traditional academic bio.

Nuraini Juliastuti has an untethered physical presence as the main medium for communication with families and a rich circle of allies in Yogyakarta, Indonesia. This propels her to actively pursue creative ways of producing entanglements in contexts that are not limited by geographical presence. She sees publishing, networking, and organising collective solidarity as activities that nurture a sense of friendship.

In this regard, maintaining a trans-local relationship with her comrades at Kunci Study Forum & Collective means sharing an inclination to embrace uncertainties as a productive zone in which one can reclaim the cultural field, deflating formal education institutions, and eschewing the professionalisation of intellectual thought.

Kunci is founded on the wish to make a critical intellectual contribution by developing an alternative space for collective learning and radical pedagogies. It reflects the spirit of the generation of 1998, who focused their democratic struggles by reclaiming various cracks in public spaces. As Nuraini has grown older with Kunci, it has become a gathering place for people from diverse backgrounds and generations: a space for listening to intergenerational social and political trauma. The question of how this can be directed to realise collective action is part of the ongoing conversation amongst Kunci members.